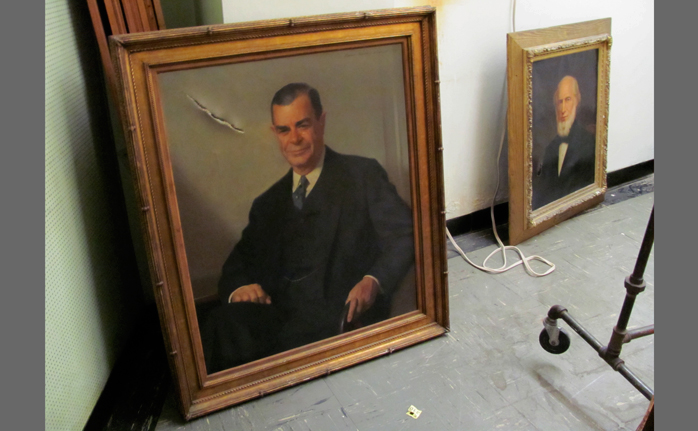 Portraits of Benjamin Strong and Fisher Howe as found in storage room at Union Theological Seminary, 2012 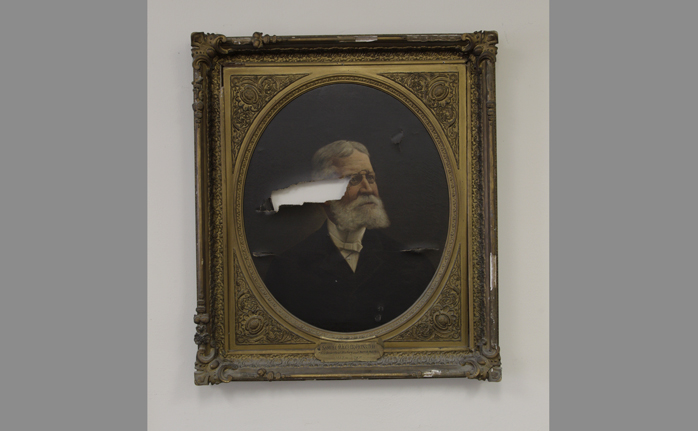 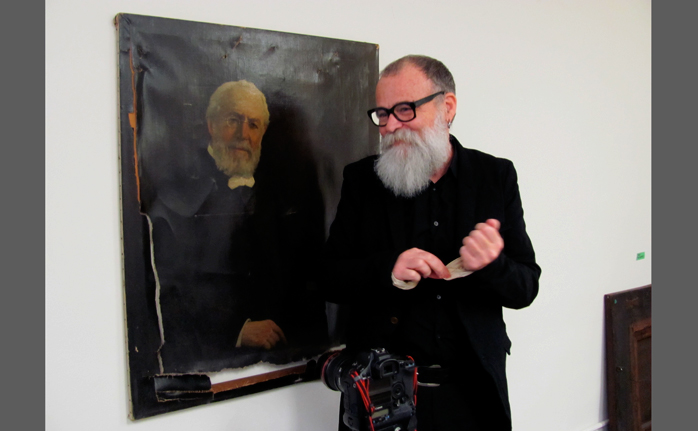 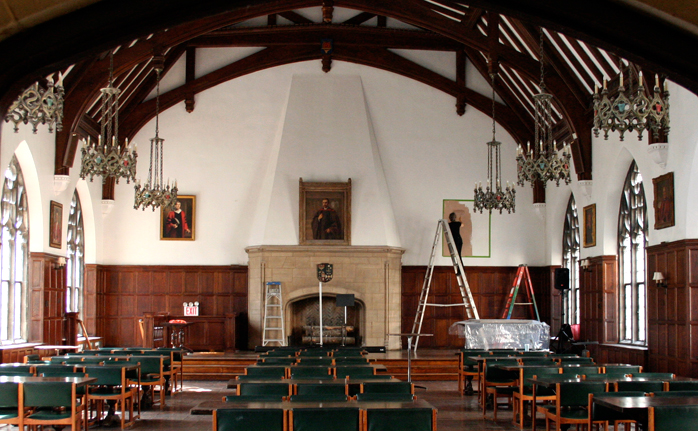 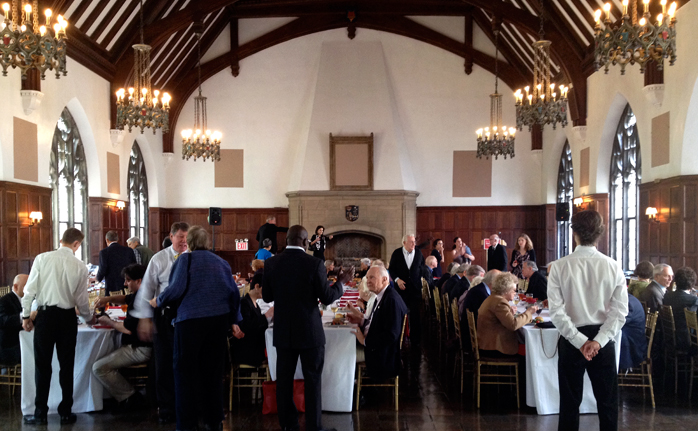 About Face in Union Theological Seminary’s neo-gothic dining hall, the Refectory, features a series of silhouettes replacing the thirteen portraits that usually hang there – all past presidents of the board and faculty as well as significant benefactors.

From January to May 2012 I was the first full-time artist-in-residence for the Institute of Art, Religion, & Social Justice at Union Theological Seminary and this position and the exhibition are taking place in conjunction with the 175th anniversary of the institution.

The installation is accompanied by an artist’s book including color reproductions of all sixty-three of Union’s portraits (1840-2009) along with reflections about the paintings from students, faculty, staff, and friends and a catalogue with information about each one. The 96-page book is co-published with Printed Matter, Inc.